Finnish dairy farms own Valio through regional co-operatives, and Valio pays all of its operating profit to the farms through the co-operatives. The Osuuskunta Maitosuomi co-operative holds 42.7% of Valio’s shares.

The Board of Directors of the Osuuskunta Maitosuomi co-operative is comprised of dairy farm entrepreneurs. The Chairman of the Board is Mikko Heikkinen from Lapinlahti, and the Vice Chairman is Hannu Hokkanen from Kangasniemi.

A frontrunner in milk production in Finland

The co-operative’s official languages are Finnish and Swedish.

“Our goal is to be the trendsetter and frontrunner in Finnish milk production. Maitosuomi creates an opportunity for its owners to succeed as part of the Valio milk chain. We produce Finnish food that is safe and in an ethical and sustainable manner,” says Chairman of the Board Mikko Heikkinen.

“During the first part of the year we have worked with the owner administration and personnel to define new co-operative’s future direction, targets and concrete activities. The highest possible producer price is one of the key goals of the new Maitosuomi. We will cost effectively offer dairy farm entrepreneurs services that will help in farm development and services they hope to get from the co-operative,” notes CEO Ilpo Lukkarinen notes.

The Osuuskunta Maitosuomi co-operative is Valio’s biggest shareholder. The co-operative holds 42.7% of Valio’s shares, and it supplies about half of Valio’s raw milk intake. The milk is collected from a wide area, as shown on the map below. 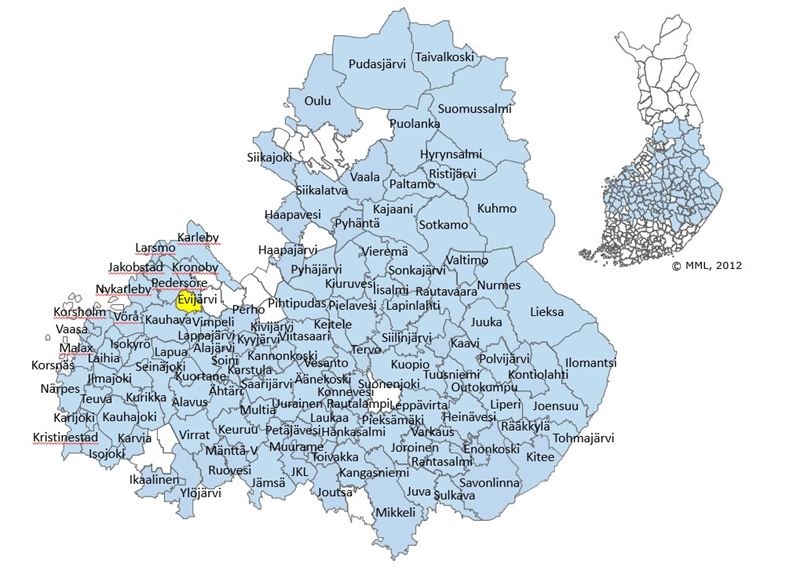