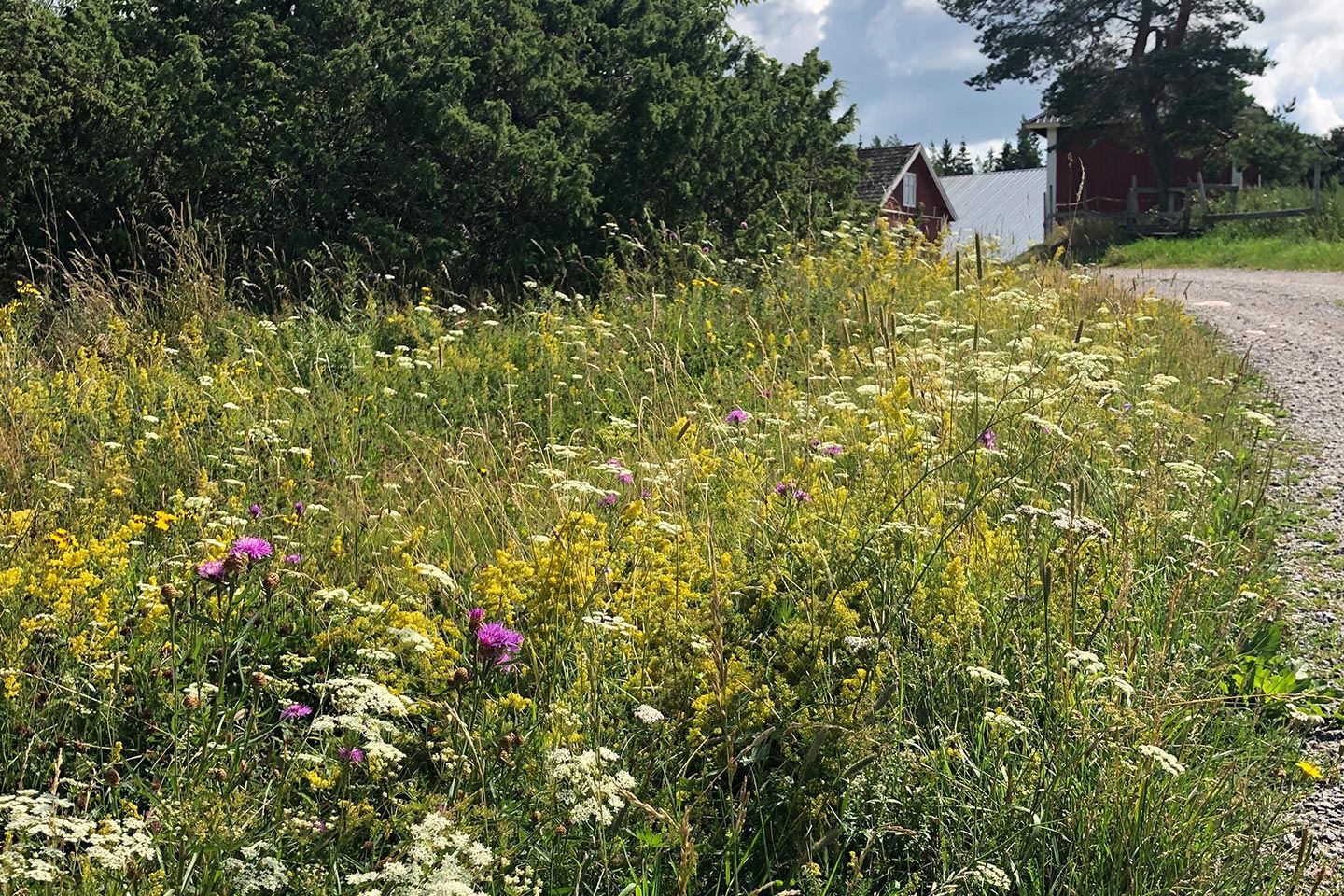 Biodiversity refers to the abundance in ecosystems, species and genetics: the more species, the higher the species biodiversity. In an ecosystem, a large diversity of species is generally a good thing, as it increases resistance towards various threats.

Plant and animal diversity is, however, currently under threat – we are facing the sixth wave of extinction. The sixth mass extinction is a result of human activity, and it has accelerated significantly over the past centuries. Since 1900, species have been going extinct at a hundredfold pace compared to previous centuries.

Biodiversity is cherished at dairy farms

Biodiversity on dairy farms covers everything from ecosystems to genetics through the soil. It’s possible to measure biodiversity through the number of species in an environment.

“In agriculture, biodiversity often refers to diversity in the structure of the landscape, farming areas and plants, and variation between them. The more species, different types of farming properties and various edge areas there are, the more diverse the nature at a dairy farm is. An example of a dairy farm’s genetic diversity is its breeds of cows. Many Valio dairy farms milk from a variety of breeds: in addition to Holstein and Ayrshire, many farms also raise endangered indigenous breeds,” says Valio’s Primary Production Specialist Heidi Huttunen.

Even Finland’s nature is weakening. One in nine biological species is endangered in Finland, and nearly half of our habitats. Loss of species shakes the economy and endangers life itself. When a species goes extinct, it will never come back. With more species, the easier it is to maintain natural balance; and the more species that are lost, the more that balance shakes. Most of the time, protecting a species means, in fact, protecting their habitat.

Many Valio dairy farms have committed to a national environmental bonus; the requirements to receive the bonus also serve to promote and preserve biodiversity.

Species observations are important for monitoring changes in population size. Valio and the Finnish Museum of Natural History, Luomus, carried out a cooperative project involving Valio dairy farmers observing the typical plant, insect and bird species common to agricultural environments, during summer 2019. These observations can be used to study, for example, the impacts of climate change.

Dairy farms try to preserve biodiversity in many ways, one of which is to release their herds to the range. Valio encourages all of its dairy farms to let their herds graze to the extent possible.

A grazing herd promotes biodiversity in an agricultural environment. Grazing animals attract insects just by being there. Their manure attracts dung beetles, which attract other insects and insectivores, especially birds. Pollinating food crops grow in the pastures, and the pasture fringes provide cover and nesting for many species. Grazing is, therefore, good both for the animals and the environment.

The grass that dairy farmers grow is a mix of a variety of plants, which in part promotes biodiversity. At the same time, it reduces the harvest risk, as there will always be a plant that succeeds even in a poorer harvest. Valio’s freshly-launched Carbo grass mix, developed especially to bind carbon, includes six different plant varietals.

Climate change will cause an increase in extreme weather conditions, because of which it makes sense to grow a variety of feed plants to yield a harvest even in dry and wet seasons. For instance, growing clover and other nitrogen-binding plants as feed promotes biodiversity: they reduce the need for artificial fertilizer, as the plants can bind the nitrogen in air on their own. It’s also important to take care of our soil – what happens underground has a direct effect on how well crops succeed on the surface.

Valio and the Rural Women’s Advisory Organisation have a common program to study biodiversity at Valio dairy farms. This dairy farm biodiversity survey studies, with the farmer, the types of species and valuable nature sites a farm has. At the same time, we try to figure out ways to improve biodiversity at the farm. Measures that improve biodiversity can be, for instance, protection from invasive species, diversifying the species in the protective zones, or restoring a traditional biotype.

“An interest in biodiversity has increased among both farmers and the rest of the nation. This rising interest should certainly lead to even better measures,” says Leena Lahdenvesi-Korhonen, Development Director for the Rural Women’s Advisory Organisation.