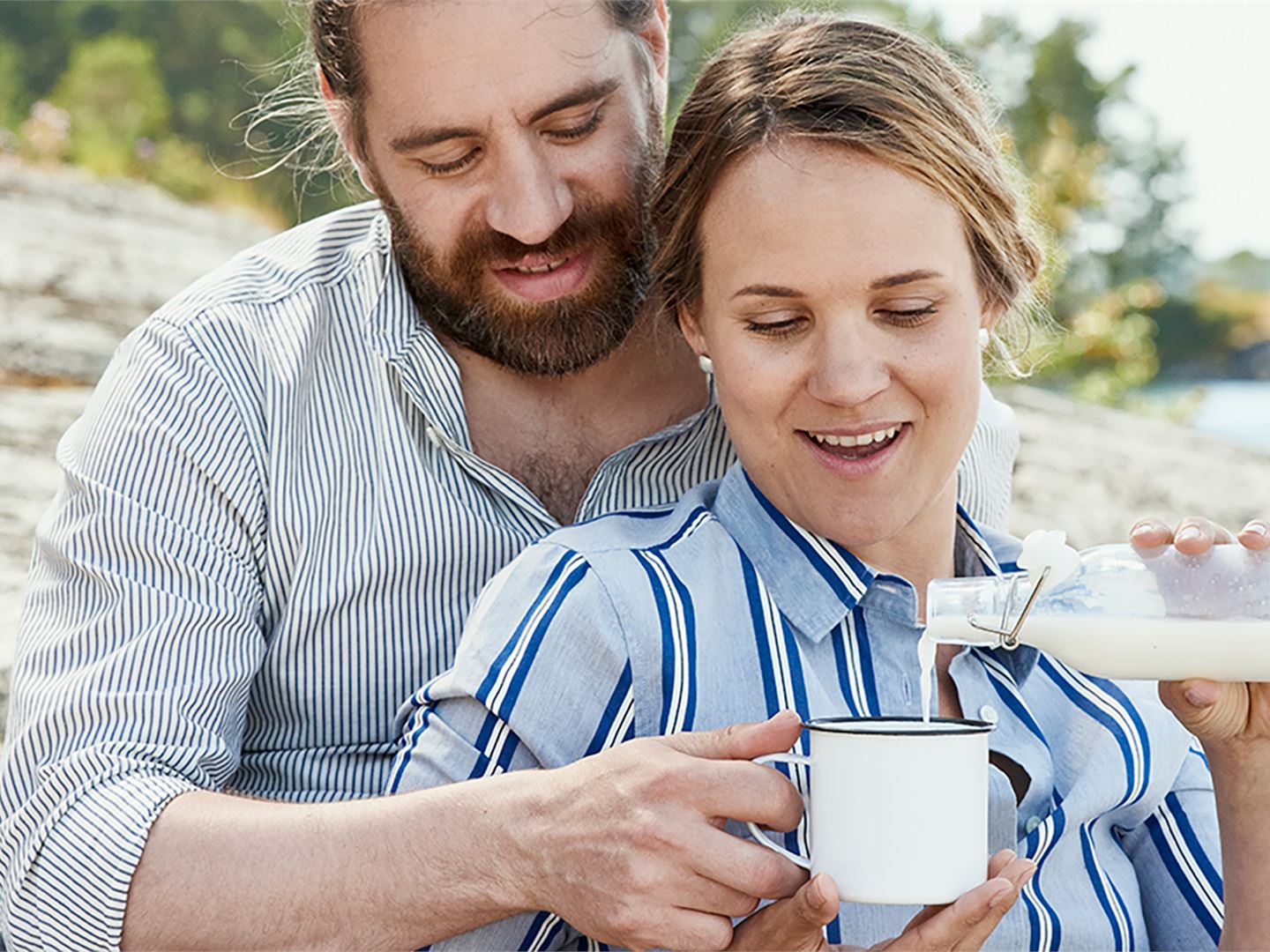 Hanna is passionate about building a sustainable future. In her spare time, Hanna runs on forest trails and hikes in the mountains.

There is a hot debate around milk. We at Valio feel it’s important that everyone can continue using milk products with a good conscience. Rather than being the problem, we want to be part of the solution. That’s why we intend to cut milk’s carbon footprint to zero by 2035. It is a challenging goal, but we can reach it through co-operation.

Milk production in Finland is rather different compared to many other countries. Our cows mainly eat grass, instead of soy. Perennial grass, out of all cultivated plants, is the best at binding carbon.

Why is grass so good at binding atmospheric carbon? Fields are tilled every four years or so, which means photosynthesis and carbon binding to the soil begins immediately once the snow has melted. Cereal and potato fields have to be tilled and sown every year. This tilling creates additional greenhouse emissions. Grass is also needed for crop rotations in order to maintain the soil porosity of a cereal field, for example.

We are training all our farmers in carbon farming – here’s a look at the Sukoinen farm in Mynämäki. We are also working to reduce the emissions from dried peat fields; one example is the carbon-neutral milk team's peat field seminar last autumn, which brought natural resources experts together to find new solutions.

In the future, more and more cow manure can be made into biogas fuel for cars. And the light nitrogen and phosphorus fertilisers, made as a side product, can be used at organic grain farms. Animal and plant farms benefit from each other – just like crop rotation.

Cows can also help with preserving biodiversity. For instance, clover, which is grown as feed, attracts pollinators that other plants need in order to produce a harvest.

When we speak about food, the nutrient content of the food should always be taken into consideration alongside its climate effects. According to the Natural Resources Institute Finland’s Ruokaminimi project, milk is well suited for a variety of climate-friendly diets.

Milk is an excellent source of important nutrients in one package. Milk protein is especially useful when our bodies go through significant changes, such as in children, when their bones are growing, and in old age to keep muscle mass from disappearing. Valio’s portfolio also has various plant-based options.

The big question is: will there be enough food for the future population of 10 billion people? Roughly 30-40 percent of the world’s farmland is rugged grassland that can only be used to produce human food with, mainly, the help of ruminants (Source: United Nations’ Food and Agriculture Organisation). In Finland, for example, cereal harvests decrease the further north you go. Fortunately, grass grows all the way in Lapland.