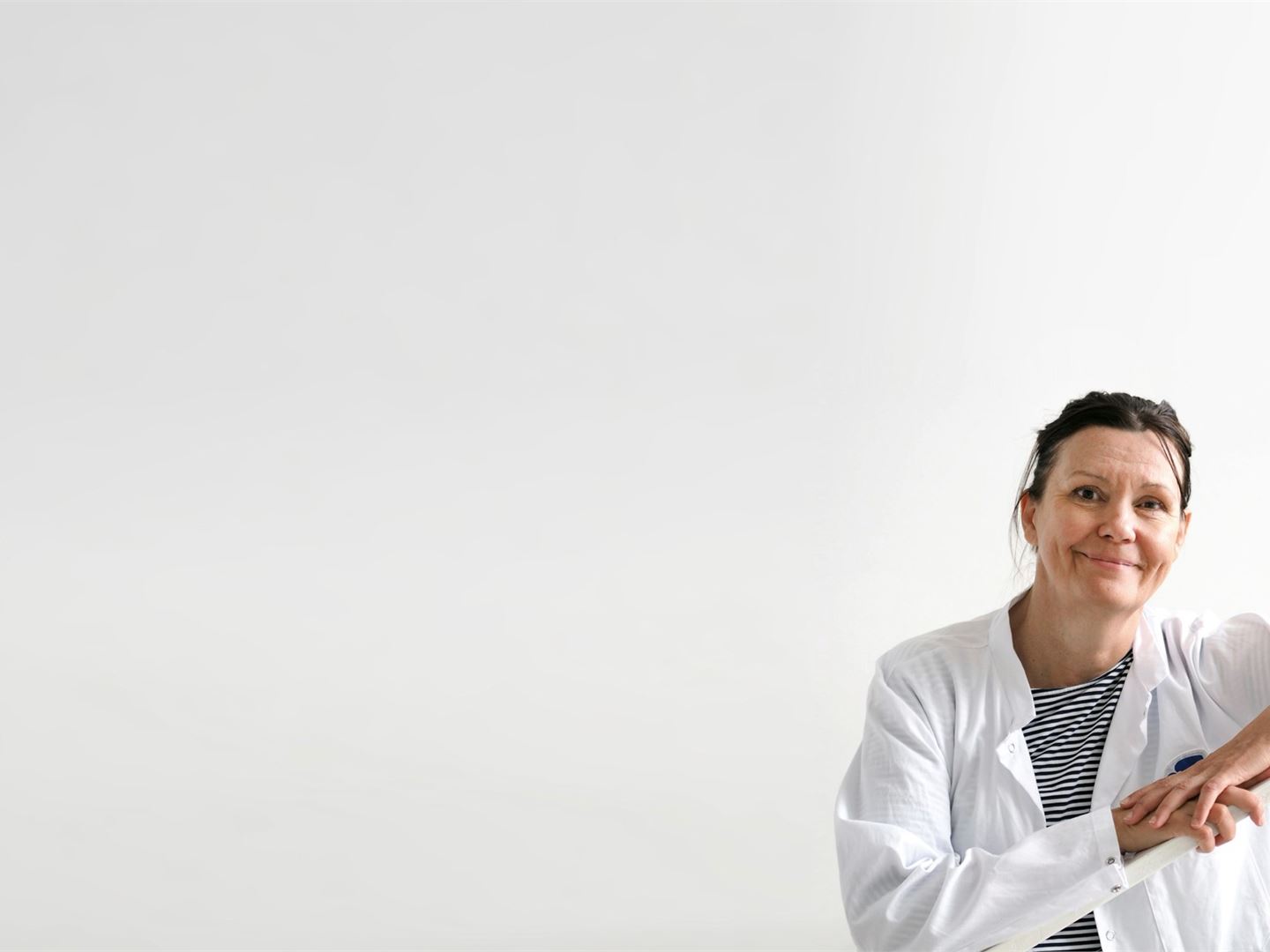 If you had to summarise Päivi Myllärinen’s long career as a scientist and product developer in one sentence, it could be this: Good ideas always come back. Listening to her, it almost makes you chuckle how many times Myllärinen has been on the verge of a great innovation and no one has understood how close it was to a great innovation. A good example is Valio’s innovation forum years ago where new product ideas were jotted down on yellow sticky notes. Myllärinen wrote down hers: Grain milk.

“There was zero interest in it back then,” she says. “And now look at the world, everyone wants oat milk.” So if a young researcher were to ask Myllärinen for advice, she would say: “If your idea is rejected, don’t worry. Just wait five or 20 years, and you’ll see how it comes back.”

Myllärinen’s journey with good ideas started in the 1980s through employment and academics. First, she got a job at the VTT test bakery, and a short time later she started studying grain technology at the University of Helsinki. “The word of the day in both places was oats,” she says. At the university, oats were strongly embodied in Hannu Salovaara, the first professor of grain technology. Back then, the public at large first became aware of oat’s health benefits. The beneficial impact that the beta-glucans in oats had on cholesterol and blood pressure also sparked interest in new oat products.

Back then, says Myllärinen, VTT also had a lot of oat expertise. “They had the capability to separate all of oat’s fractions – oil, protein, carbohydrates, and fibre – and to study each fraction’s characteristics separately.”

This work led to the creation of Yosa. It was based on Salovaara’s research, and the fermented products specialist Bioferme Oy commercialised it. It would take 20 years to see the actual oat product boom.
“It was exactly the same situation in Sweden. Oatly developers were on the move at the same time as us, and we were sitting with them at the same conferences,” says Myllärinen.

Starch is an important binder of carbon

Myllärinen remembers sitting in VTT’s food laboratory for hours measuring all the possible attributes of starch. She points out that starch is also of current relevance because of climate change. “There is a lot of discussion about the ability of plants to bind carbon. But where do the plants bind the carbon? In starch, of course,” Myllärinen says.

At VTT, starch played a planned role in product development – not as food, but in food packaging. Myllärinen was involved in a project that tried to develop various starch-based food packaging films. “In practice, we made bioplastics from starch but there wasn’t a lot of interest in it back then. Today, everyone wants to make bioplastics.”

After starch, Myllärinen’s interest turned to enzymes. They were dynamic like starch, but in a different way. Enzymes got things to happen. Myllärinen wanted to test the transferase enzyme, the potential of which had not been studied much back then. “We were thinking about what it could be tested on and then someone suggested milk. When the response was that we didn’t know anything about milk, I said ‘well then it’s high time to find out’,” Myllärinen recalls. Myllärinen took a two-year leave of absence and joined Valio. When Myllärinen got her own office at Valio, she sat there thinking for a couple of days.

‘What in the world am I doing here?’ she asked herself. ‘I don’t have a clue about anything.’ After overcoming this initial shock, she got busy to discover exactly where she had landed. She toured all the Valio dairies and learned about their various processes. She even rode along in a milk truck as it arrived at a dairy in the middle of the night. This all helped her to start conceptualising exactly what happens at Valio.

“At VTT, I had test tubes and pipettes, and millilitres and micrograms. But here there were huge vats and cookware and thousands of litres of fresh milk every day. It was an entirely different world.”

Since then, she has been involved in brainstorming several new products. One of them is Valio MiFU®.

“Valio wanted a new kind of product made from milk protein, and I instantly became excited; I wanted to make a milk sausage,” Myllärinen says. But the milk sausage didn’t happen. Instead, aim was for a tofu-like product, something that could be fried in a pan and added to salads, for example. There were challenges in the development of MiFU. It is made from milk protein, i.e. casein. A characteristic feature of casein is that it melts when heated. But the new vege product shouldn’t melt.

“We had to prevent the milk protein from melting.” There were also practical obstacles along the way. It was 2013 and the Russian markets were hot, and all the conveyer lines at the Vantaa plant were running 24/7 and weren’t available for Myllärinen’s experiments. She went to Seinäjoki where Valio has a cottage cheese factory. But even there, Saturday was the only day available for experiments. “It took many Saturdays and hundreds of runs to figure out how to prevent melting.”

Myllärinen has also been involved in the development of Valio’s oat-based products. Producing the Oddlygood® oat drink and its Barista version for coffee isn’t rocket science, but Valio can’t use the same methods as its competitors, so it had to invent its own process. In fact, this work produced a happy surprise. Valio’s process doesn’t produce mash, which is waste.

Just as botanists venture around groves and fells, the research landscape of product developers is shopping centres, restaurants, and hotels. Myllärinen has good memories of the Valio-sponsored scouting trips to global metropolises to get a sense of new trends and food insights. For example, the current vege boom was clearly sensed during a trip to New York in 2015. “Every breakfast places was offering oats or fresh porridge. Stores had shelves or sections dedicated solely to vege products. At that time, we didn’t have anything like that,” she recalls. “But it wasn’t long until we did.”

So, does Myllärinen dare to predict the next trend?

“Fibre,” Myllärinen replies without hesitation, which brings to mind her background as a grain scientist. Even though there is a lot of talk about fibre, Myllärinen thinks that the food industry could utilise fibre much more than it does. Fibre also creates a lot of work for product developers because fibre has a bitter taste, a characteristic that limits its use. “I tend to say ‘call me if there’s a problem somewhere,’ because that’s when there is usually something interesting in the works.”

Developers at the forefront of research, product development, planners, specialists

At Valio, you can make an impact on tomorrow’s food culture. We offer you the tools to innovate together with our team and as an individual.