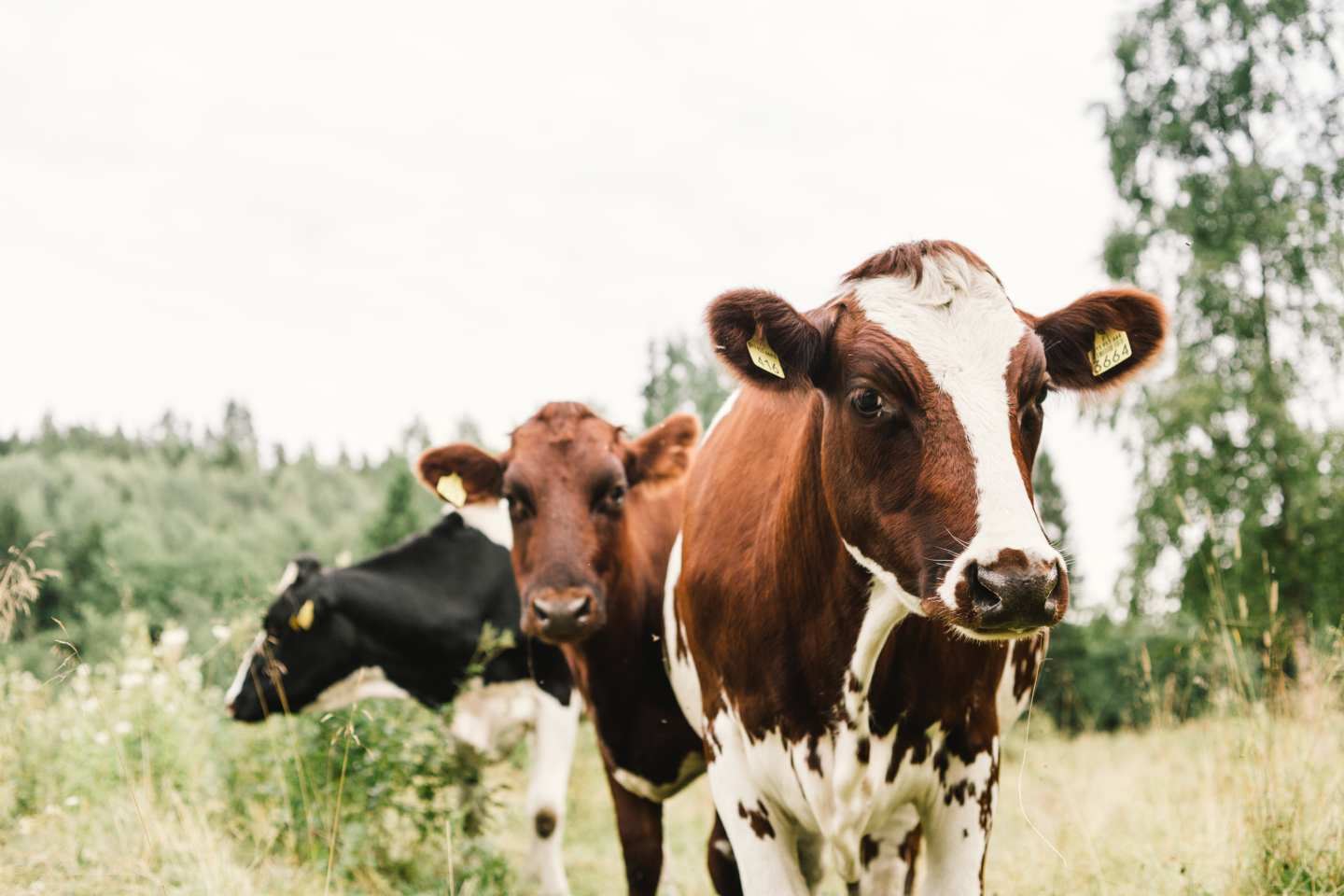 Currently, stopping climate change may be humanity’s greatest challenge. We have the responsibility to make sure ten billion people can live and be fed on this planet even in a few decades. The problem is global, and each country must do what they can do best.

In Finland, we know the climate challenges cattle raising poses, and we work actively to solve them. In many countries, cows are fed soy and maize, but we mainly use grass feed. Our environmental effect is also reduced by the fact that the meat of Finnish dairy cows ends up on Finnish dinner plates – the same animal is an effective source of varied nutrition.

Finland’s healthy and productive cattle fares well compared to others in environmental effect. We want to build an even more sustainable chain instead of outsourcing the environmental, economic and social effects. If Finnish animal production were to stop, exports would be what cover the demand. We would no longer know the way our food is produced. For instance, Finnish animals are not given preventive antibiotics. You only have to go as far as Central Europe for that to change.

Dairy farmers are an important part of the solution to climate change, as fields can, with the correct farming method, be significant carbon sinks. Doing so will also improve the harvest and farmer profits. In Finland, grass is the most competitive food production plant, compared to our European competition. Its ability to sequester carbon into the soil is currently undergoing significant research.

A significant portion of the world’s farmland is rugged grassland that can only be used to produce human food with, mainly, the help of ruminants. That is why we will continue to need animal assistance in securing the global food supply. Cattle raising is profitable here in Finland and similar regions with enough water and limited plant farming conditions. In order to make use of more rugged regions to feed a growing global population, it is important to find the most sustainable methods of production. Here in Finland, we can produce high-quality food and sequester atmospheric carbon into the soil, all at once.

We can also become pioneers in promoting the circular economy by utilising slurry as both bioenergy and fertiliser fractions. When it comes to climate change, it’s important to sever the dependency food production has to fossil fuels. Through a Valio-patented invention, it’s possible to change slurry into fertiliser fractions, and the process generates bio-gas and clean water as well. We are currently working to create both distributed slurry processing systems as well as a larger bioplant. This requires additional funding, as dairy farmers are skirting the line when it comes to profitability, and they do not have the cashflow to fund it all.

Sustainable food production was one of the topics at the Valio and Baltic Sea Action Group Environment Seminar on 20 November 2018 by a number of experts. Finland’s sustainable food chain was seen as a strength, and as food safety expert and PhD in agriculture and forestry, Kaisa Karttunen said: “It would be irresponsible to stop producing food in Finland, as climate change is pushing the Earth's good food production regions further north.”

Milk production means a lot to Finnish society. The milk economy is a cornerstone of our food production and a majority of our agriculture sector’s profits. Finland’s nature is especially suited for milk production. Our milk production chain, from primary producers and their suppliers to milk product processing, sales, exports and marketing, provides employment to roughly 30,000 people in Finland. Dairy products are one fourth of Finland’s food exports.

The Finnish food chain can be an example of sustainability. Instead of confrontation, we need cooperation.

In the spring of 2019, the Baltic Sea Action Group and Valio are starting to train pilot dairy farms in carbon farming methods: We teach the farmers new ways that help bind carbon into the soil and to share existing good farming practices. Valio is undergoing its own study on carbon sequestration with, e.g., the Finnish Meteorological Institute and the Natural Resources Institute Finland. Cooperation is a part of a larger Valio project that aims for a carbon-neutral milk chain. It’s a hard to reach but possible goal – a wholly unique achievement in the world!