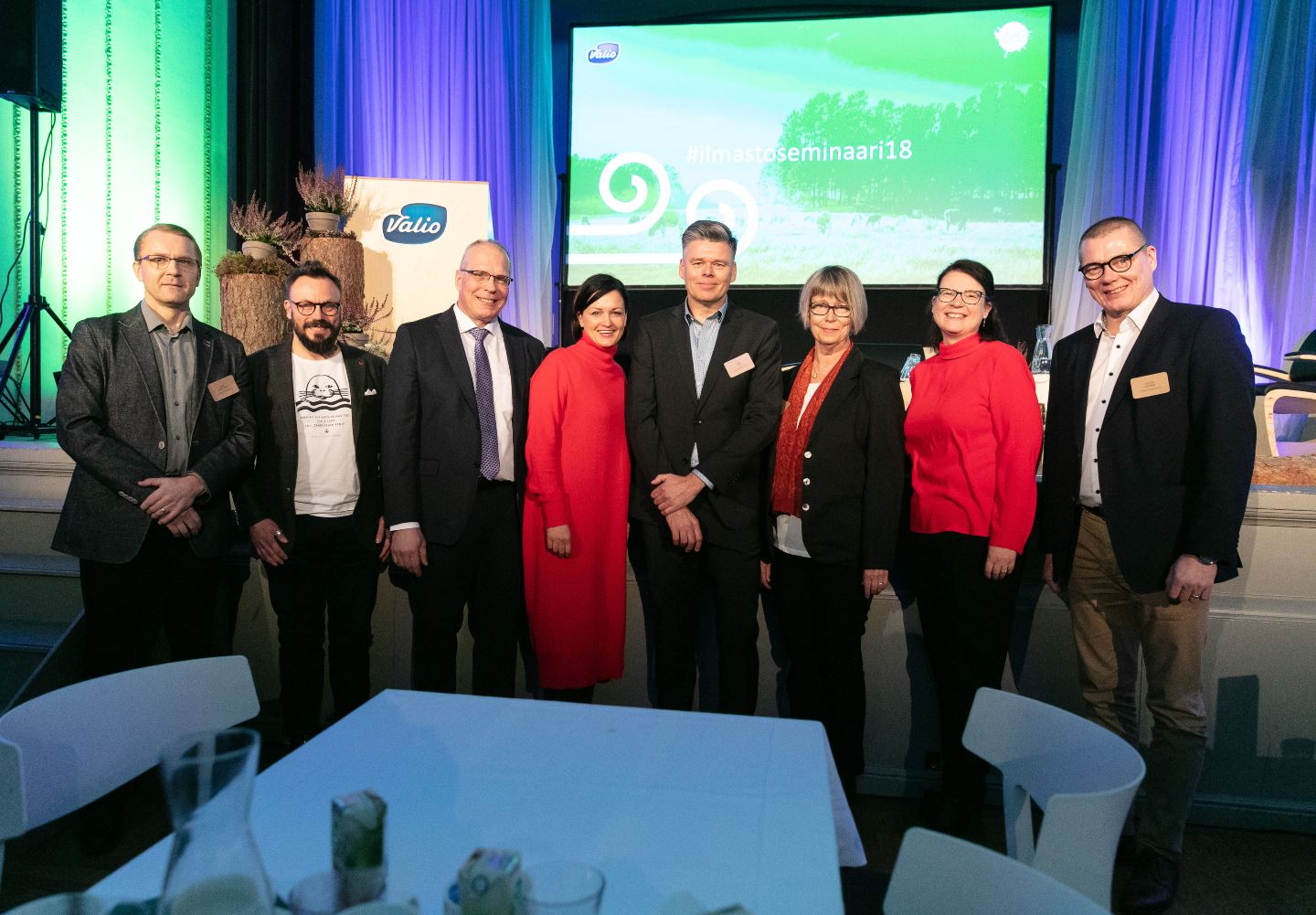 People around the world are ever more concerned about the carbon footprint of agriculture and food. How can we produce food for a growing global population as sustainably as possible? What is Valio doing to achieve its goal, a carbon-neutral milk production chain in Finland?

Valio and the Baltic Sea Action Group, a Finnish environmental group, organized the Climate Seminar in November 2018 in Helsinki, where Finnish experts held presentations and discussions on the topic. Achieving a carbon-neutral milk production chain in Finland is a realistic goal, reachable through cooperation between various parties.

Watch the highlights of the seminar from here.

Farmers are an important part of the solution to climate change

Climate change and population growth pose a significant challenge to the world’s food production. There is a need to produce more food, yet simultaneously the environmental impacts of food production must be significantly reduced. Merely reducing emissions is not enough to stop the rise in average global temperatures; we must also eliminate carbon dioxide from the atmosphere.

Juha NousiainenThe BSAG, Finnish Meteorological Institute, and Sitra’s Carbon Action project has involved 100 Finnish farms in testing practical carbon farming over the past year. Valio’s dairy farms have also been included. In spring 2019, Valio and BSAG will together launch training teams tailored specifically for Valio farms. During the next two years, 200 farms will have the opportunity to learn carbon farming. Ambitious scientific research will be conducted alongside the practical work.

“The collaboration with BSAG is great, because we will be able to give tested cultivation methods to our farms as soon as next spring. Valio’s long-term goal is a carbon-neutral milk chain, meaning that the carbon footprint of our products is zero,” says Valio’s Juha Nousiainen SVP for Primary Production and Milk Procurement.

Valio is undergoing its own extensive study on carbon sequestration with, e.g., the Finnish Meteorological Institute and the Natural Resources Institute Finland.

“We combine both the practical knowledge and lessons learned from the various projects and gradually make them a part of ongoing dairy farm development. A significant part of the world’s farmland is rugged grassland that can only be used to produce human food with, mainly, the help of ruminants. In order to be able to utilise these areas to feed the world’s growing population, it is important to find the most sustainable production methods possible. We have identified the animal husbandry industry-related climate challenges, and we are actively working to solve them,” says Anu Kaukovirta-Norja, SVP, Research and Technology, Valio.

Valio is owned by 5,300 dairy farms through its co-operatives, and it produces 80 percent of Finland’s milk.

“We are committed to training all Valio dairy farms in carbon farming by 2035. Environmental action groups play an important role in pushing companies: the best outcome is all of us learning from each other,” Kaukovirta-Norja concludes.