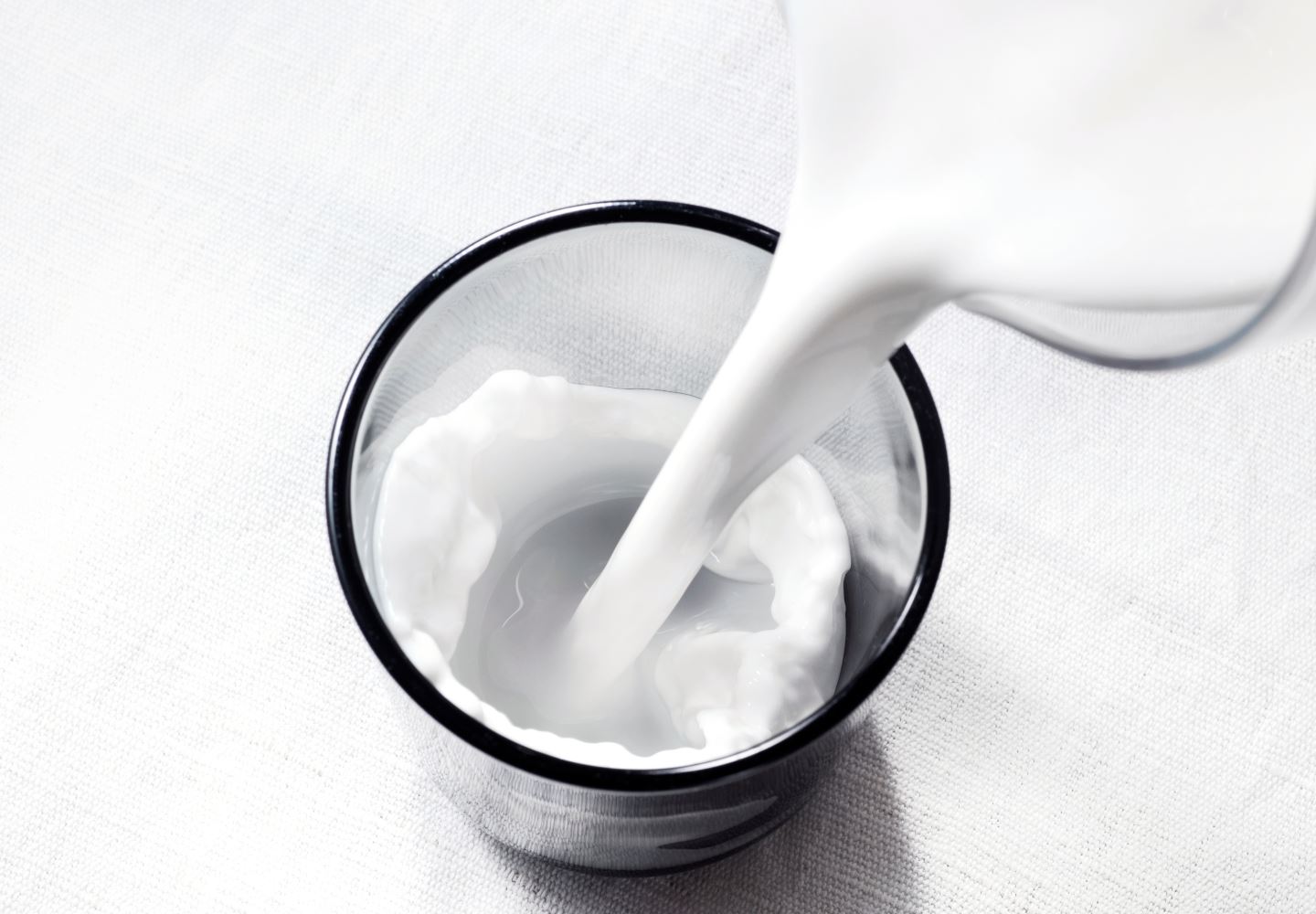 Many important innovations have come about by accident or as a sum of lucky coincidences, and sometimes in conflict with received wisdom. The creation of Valio’s lactose free products is a perfect example and our story makes for an exciting read!

Matti Harju, the man who doesn’t know the meaning of the word impossible

In 1972, young Matti Harju was studying at the Helsinki University of Technology in Otaniemi, specialising in biotechnology and food technology. He took a course on production plant design in his fourth year, and by chance found himself in a group working on a Valio assignment to create a whey demineralisation system for the company’s Lapinlahti plant. On completion of the project, Valio asked Matti whether he’d like a summer job, to which he replied “I might well do!”

That stint at the Valio laboratory resulted in an invitation to write his Master’s thesis at the company, which he started in January 1975 focusing on the cultivation of feed yeast in whey. Come September, Valio offered Matti the position of New Process Co-ordinator.

And that’s where our story about lactose free products begins.

It all started with whey

Valio had already decided to start processing whey, which had up until then been employed mainly in feeding pigs and other animals. Valio set out to produce whey for use in food for humans, and Matti was to design two production lines for that purpose. The company began to utilise whey that became for example an essential ingredient in infant formula production.

New processes were developed for whey in food, one being lactose hydrolysis that degraded it into glucose and galactose which are twice as sweet as lactose. The goal was to make syrups to be employed as sweeteners. Valio also experimented with the hydrolysis of lactose in milk, and the hydrolysed milk was dried into powder. It was offered to people suffering from lactose intolerance and the results were encouraging.

You might be tempted to think that the significance of an imminent breakthrough was by then clear to all, but the reality proved to be quite different. Matti’s supervisor revealed that Valio’s Board of Directors had not formerly endorsed research on lactose hydrolysis. “It was because they didn’t want consumers to think there could be anything wrong with milk,” Matti chuckles. “Fortunately the research went ahead and test marketing commenced in 1978.”

It went well and HYLA® low lactose milk powder was launched in 1980, soon followed by a broad product family.

Look beyond your comfort zone to broaden your vision

Following this fruitful excursion into milk production working on HYLA® products, Matti returned to his work on whey. In those days, lactose was produced through crystallisation, a process that recovered 70% of the lactose leaving 30% uncrystallised. Another Finnish company, Suomen Sokeri Oy, had in the meantime developed a chromatographic separation method in sugar production that made it possible to recover remainder sugar from molasses. Matti wondered whether lactose could be recovered from whey molasses using the same method.

“Well, we tried it and what do you know, it proved to be possible to recover lactose from whey and also from milk,” says Matti. Valio duly filed a patent for the lactose removal method in 1985. The plan was to launch a milk that would be suitable for lactose intolerants, diabetics since the milk sugar was removed, and due to its low calorie content also for people looking to control their weight. The development of “light” products was booming.

The plan was to launch a milk that would be suitable for lactose intolerants, diabetics and also for people looking to control their weight.

A chromatographic separation column more than 10 metres high had been erected at the Joensuu plant’s lactose production unit to recover lactose from whey molasses. At the end of the 1980s, Valio ceased lactose production to focus on demineralised whey powder. The column stood idle until the question arose as to whether it could be used to separate lactose from milk.

The answer arrived at the beginning of the 1990s in the form of Valio’s HYLA® Diet ice cream where removing the lactose also decreased the product’s calorie content. At the same time, Valio commenced work on the development of lactose free milk. The existence of HYLA® milk presented a continuing challenge as Valio Marketing could not see the need for a more expensive product containing no lactose. And when consumer surveys were conducted, the target group comprised solely of HYLA® product users responded that they were not prepared to pay more for completely lactose free milk even if it had a less sweet taste.

Marketing was not the only challenge the project faced. In the early 1990s, the margarine industry had approved a definition of lactose free spreads which stated that only products containing less than 0.01% lactose may be described as lactose free. The parameter was highly controversial as no method existed to determine that low a degree of content. It also effectively prevented the dairy industry from launching similar lactose free spreads.

Taking the view that nothing’s impossible, Valio commissioned a Master’s thesis to look into the most complete lactose hydrolysis possible. The company also developed a method to determine even a very low lactose content. So Valio was now able to produce milk that could be described as lactose free. A new idea then emerged − would it be possible to combine hydrolysis and chromatography to produce a lactose free milk drink? To remove half the lactose with chromatography and degrade the other half. The result would be no sweeter than ordinary milk and completely lactose free, and the production process less costly.

That was the most significant milestone: we had the knowledge to manufacture the product that was to become such a huge success.

The next obstacle was EU legislation

Valio Marketing was convinced there would be no demand for the product but Annika Mäyrä-Mäkinen who headed up the R&D department at the time insisted, and finally the decision was made to go ahead with lactose free milk.

The next challenge emerged with the package labels: EU legislation made it impossible to call the product milk. Valio Marketing restated their opinion that the project made no sense, because consumers do not want a milk drink. Once again, the nascent product was nearly discarded, and as before a solution was found.

Valio’s Kouvola plant had ESL equipment used to extend product shelf life. The launch criterion for milks was forecast sales of at least one million litres and the goal for the lactose free milk drink was set at that figure, although expectations were not that high. The ESL method was applied to the product to make it easier to sell to customers as the extended shelf life would make it less of a risk for retail outlets to take in.

What happened next was to say the least unexpected. One million litres sold in just two months with the long shelf life proving to be an added attraction for consumers. The milk drink is still referred to as a product with a long shelf life. Matti reminisces with a smile that it was interesting to follow how the product’s point of display changed in shops.

“At first it was positioned on the top shelves, a little later on the middle shelves, and finally sold from roll containers. And all with no advertising support. At the start we didn’t advertise because we didn’t believe in the product. Later we couldn’t advertise as we weren’t able to produce enough to keep up with demand.” Currently known as Valio Eila® lactose free milk, a star was born.

“My role in lactose free product innovation pretty much ended with the original chromatographic method. That was my invention. The milk drink itself was developed by Olli Tossavainen and Paavo Tykkyläinen, and the product development project was headed up by Kari Finska,” says Matti.

Matti says the defining moment of his career centred on whey. “The great achievement was to put all that whey to use in food production. In 1975, dairy men said ‘over my dead body’ or words to that effect! It will never work. Not a chance. Whey was seen as worthless rubbish. And now Valio has more than 800 million litres of whey for use in food production every year. That’s significant!”

Taste is the decisive factor in contemporary product development

If you ask Matti what’s important in product development today, he’ll talk about milk as a combination of chemical components.

“Milk can be degraded into components using membrane technology, and the components combined to create the desired configuration. The surplus components are then used in other products. If you think of milk as a kind of chemical compound, it’s very simple. Otherwise, its essential nature will evade you.”

As we are no longer dependent solely on adjustments to milk’s fat content, and milk itself can be split into components, we can assemble almost anything from it. For the product developer the principal property is nevertheless explicit: a very good product from the consumer perspective!

“New technologies have extended the potential for better consumer products, yet there’s still an enormous amount that can be achieved. Unlimited potential breeds complexity and opportunity!”

I can honestly say that I’ve been working in a good company that practices fair trade.

A workplace that practices fair trade

Matti says he’s lucky to have been involved in so many projects and is satisfied that he’s earned his pay. “This is a great place to work. It feels better working for a nimble Finnish company than a stodgy American conglomerate. Fine brands plus product range development allow Valio to pay milk producers a good price.” And this is where the final chapter of the story begins.

Matti had come across a brochure listing the criteria for Fairtrade products. Out of curiosity, he began to compare Valio’s products to those criteria. He saw that one-by-one all the demands were being met: a higher than average price is paid to producers, small producers are favoured as Valio pays the same price to all whether big or small, near or far. No higher charge is applied to longer milk collection distances. No GMO feed is used. And the price paid for raw milk creates sufficient space to e.g. provide education for the children of poor farmers in developing countries.

So Matti contacted Fairtrade Finland and enquired whether Valio could apply for a Fairtrade label for its products. “The answer was that we should be based in a developing country! But I can honestly say that I’ve been working in a good company that practices fair trade.”

Glucose: Glucose or grape sugar is one of the most common sugars.

Galactose: A biologically important sugar that occurs in many natural products.

Chromatographic separation: Mechanical separation of lactose from milk, using chromatography. Chromatography is based on the different migration rates of different substances in the carrier. In practice, the separation of lactose takes place in a column some 8 metres in height with a diameter of 3 metres, and which has a porous structure that captures lactose. Lactose migrates into the column more slowly than the other components of milk and thus can be separated from milk as a separate fluid.

Whey molasses: Concentrated whey, or whey from which part of the water has been removed, usually by evaporation.

ESL: Extended Shelf Life. A product to which this method is applied keeps longer. The method is based on slightly more intense heating compared with regular pasteurisation, and on packing technology where the access of bacteria into the product package has been minimised.

Membrane technology: Milk separation technology based on the size, diffusion and ion charge of molecules. It enables separating the structure of milk into small components.