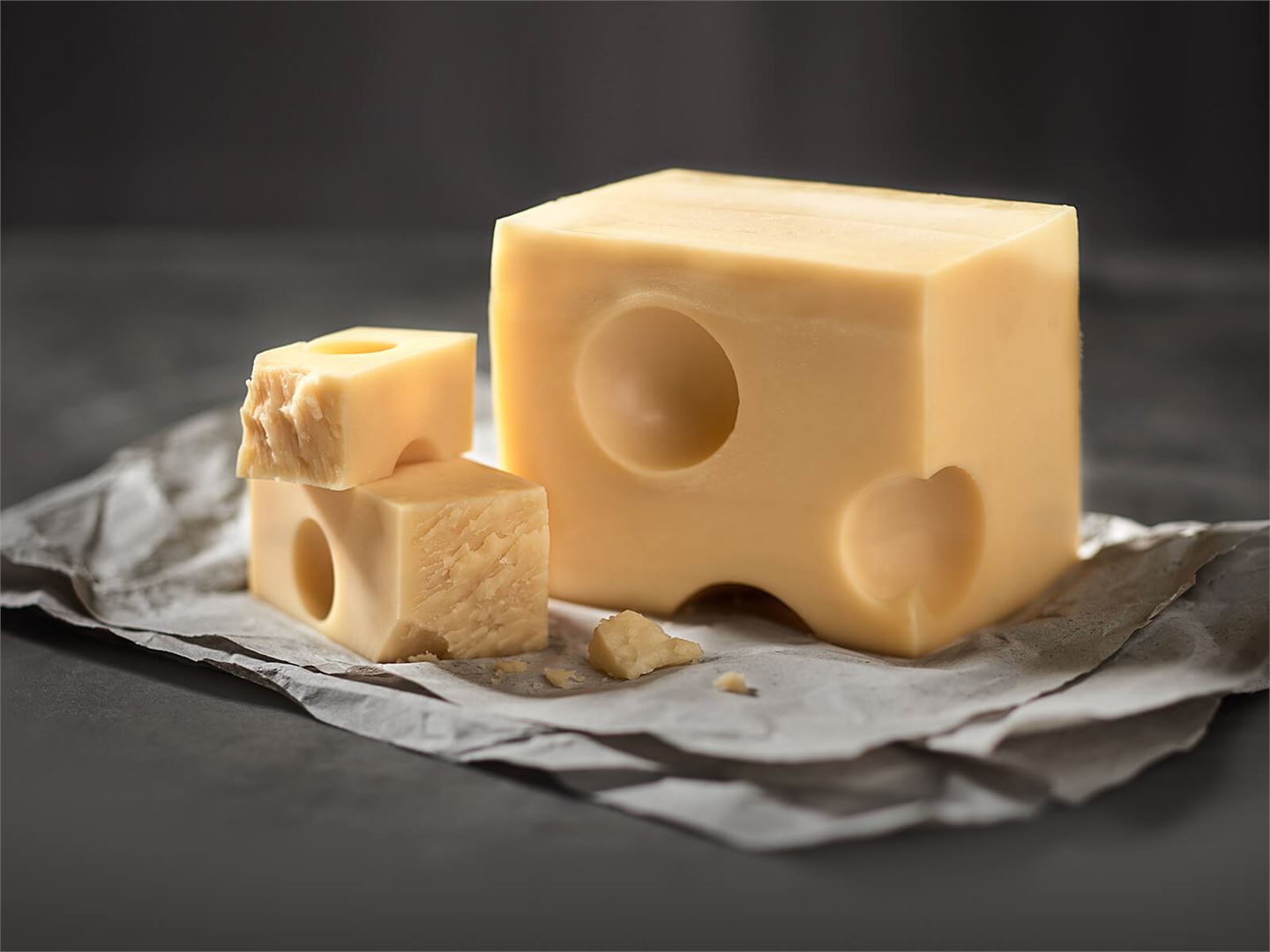 Valio Emmental is a classic cheese that has delighted people since 1908. Its nutty aroma has been awarded both in Finland and in international competitions. The secret to its taste lies in its long history and unique cheesemaking expertise.

Valio started its path in the cheese trade in 1908. At the beginning of the century, cheese was mostly made with Swiss cheese masters’ teachings, but Valio decided to grow its own expertise by founding a cheese training facility in the 1910s.

The company wanted to work to achieve a high quality Valio Emmental cheese. Valio founded its own laboratory in 1917 and under A.I. Virtanen's leadership, it began a long-term quality development work that would take decades. Valio Emmental's high quality owes its thanks to motivated Valio people. Our current cheese masters’ expertise is based on this heritage.

Emmental cheese originated from Switzerland's Emme river valley, where it has been made for over 900 years. Swiss cheesemasters brought the recipe to Finland in the mid-1800s. Emmental is identifiable by its nutty taste, hard texture and large holes. These qualities are born when the cheese is first matured in a low, then a high, and finally in a cool temperature. Due to its multi-stage maturation process, emmental is considered one of the hardest cheeses to make.

Cheese quality will be the focus of the distinguished World Championship Cheese Contest in Wisconsin, United States. Valio Emmental cheeses have been really successful, with six gold medals and four silver or bronze medals. Cheese contests are also organised in Finland. The contest, organised by the association of Finnish cheese makers, takes place every second year, and Valio cheese have also been successful at that contest. Valio Emmental cheeses have been awarded medals almost every time.

Contest success is one proof of Valio Emmental’s fantastic quality. Evaluation of a cheese's quality is tied to certain, very specific criteria that may sound confusing to the uninitiated. Judges consider scent, taste and texture, and each is weighted according to the cheese’s most important qualities. As a result, a specific and detailed assessment can be made. For instance, Valio Mustaleima™ received the following assessment from the panel: “Rich, slightly sweet and pure taste, excellent hole distribution, good amount of tears in the holes, good amount of salt crystals.” Reviewing a cheese's quality is a precise and skillful task. Success in these contests is one proof of Valio Emmental’s fantastic quality. And that is something every Emmental lover can attest to.