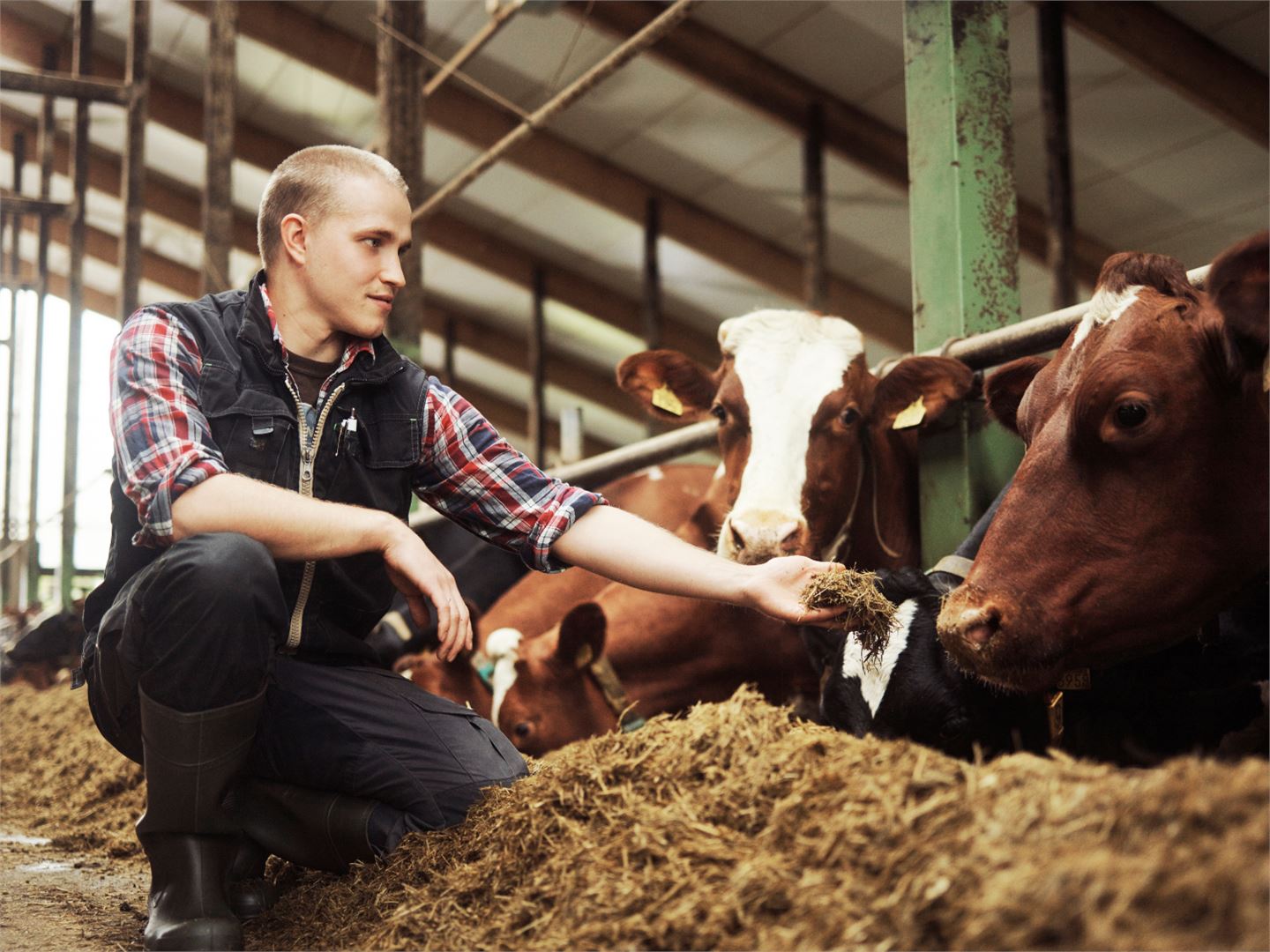 Valio is taking a step towards more environmentally friendly milk production by entirely discontinuing the use of soy in feed for cattle and young cattle. Giving up soy is a concrete action in Valio’s extensive responsibility programme. A soy-free milk production chain is also an excellent competitive factor in international markets: an increasing number of customers expect dairy companies to actively reduce the environmental impacts of dairy products.

Valio’s Board has decided that, effective 1 March 2018, Valio dairy farms will discontinue the use of soy in cattle and young cattle feed. So far, small amounts of soy have been used for feeding young cattle. Soy has already been replaced with other protein sources in the biggest Finnish feed producers’ supplementary feed for dairy cows. Our goal is that also the feed for young cattle is soy-free by 28 February 2019.

Going soy-free is part of the extensive responsibility programme

Discontinuing soy is one part of Valio’s extensive responsibility programme. For Valio, responsibility translates to practical actions, and removing soy from the feed chain is one concrete action for a better life. In practice, soy will be discontinued on dairy farms as of March. Having a one-year transition period ensures that dairy farm entrepreneurs can use up any of the soy-containing feed that they already have in stock or that has already been ordered.

“Soy is the most important protein feed for animals globally. At the same time, it is also the most important source of plant protein for people. Part of Valio’s responsibility approach includes that we don’t feed animals food that is suitable for human consumption,” says Juha Nousiainen, Director of Farm Services at Valio.

The fundamentals related to cattle nutrition also support discontinuing the use of soy in feed. Studies indicate that in grass silage-based feeding, rapeseed is a better supplementary protein feed for dairy cattle than soy.(Source: Vanhatalo etc. 2004, Shingfield etc. 2003). Compared to milk production in the rest of Europe, soy is of minor nutritional importance for Finnish cows.

A soy-free milk chain is a competitive advantage internationally

A soy-free milk production chain is an excellent added value factor for Valio in international milk markets, where customers are also compelling dairy companies to reduce the environmental impacts of dairy products. The environmental impacts of South American soy production are unsustainable. The clear cutting and cultivation of rainforests and savannah areas cause greenhouse gas emissions that accelerate climate change. (Source: WWF)

The soy-free requirement doesn’t apply to other production animals at Valio dairy farms, animals like suckler cows, beef cattle or feeder calves. Prior soy-feeding doesn’t prevent the buying or selling of the animals as long as feed containing soy is no longer given to animals in the milk production chain on Valio Group dairy farms. The use of soy is allowed in the cattle feeding experiments of research institutes.