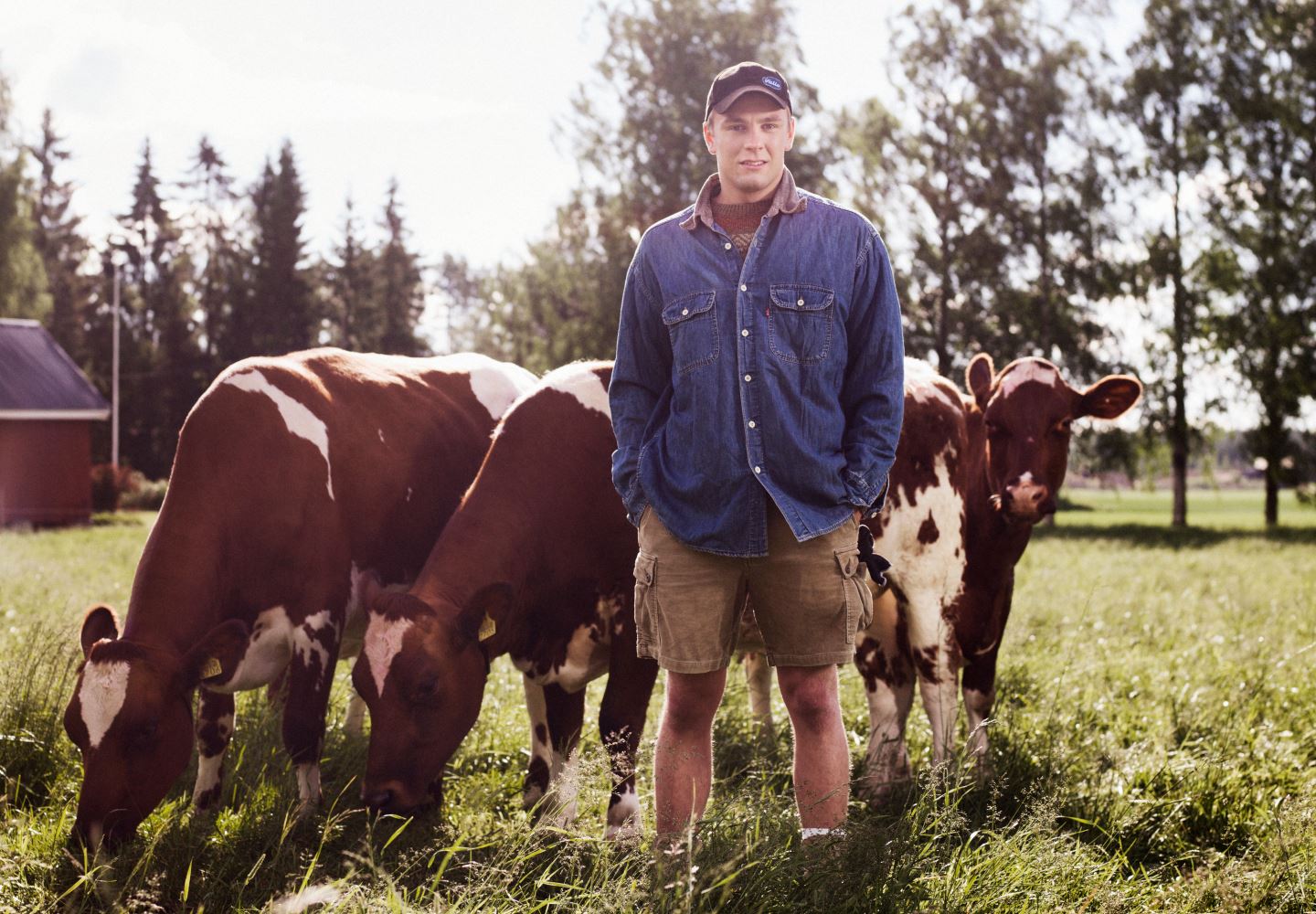 Top quality milk production builds on Valio taking responsibility for a combined series of measures that together promise the best.

We keep our promises to the people who create and enjoy Valio’s tasty milk products, maintaining quality and safety every step of the way to give consumers complete peace of mind.

Putting a premium on prevention

Veterinary drugs which include the antibiotics routinely given to cows in many countries are used less in Finland than Scandinavia or indeed anywhere else in the world.

Valio dairy cows are consistently healthy and do not harbour many of the dangerous diseases that may be found in 80–90% of cattle elsewhere in Europe. Salmonella serotype S. Dublin for instance is very common in Europe but entirely absent in Finland.

Good hygiene and healthy cows help Valio dairy farms produce some of the best milk in the world.

Valio dairy products are the sustainable GMO-free choice. We start with cattle feed using turnip rape and rapeseed meal instead of soy whose negative environmental impact is increasingly clear. The meal delivers a beneficial amino acid composition complementing grass silage which together with domestic grains plus minerals and vitamins is the typical basis for cow feed in Finland. A large share of the feed is produced locally.

Good hygiene and healthy cows help Valio dairy farms produce some of the best milk in the world.

The highest quality raw milk is measured by universal criteria describing low cell and bacteria counts, met in 2014 by a full 99.8% of the milk produced at Valio dairy farms. To explain this in an international context, in 2013 in Denmark the average cell count was 60% higher and bacteria count around 31% higher compared with Valio dairy farms, and the figures also bettered those of producers in Norway, another country known for its quality milk.