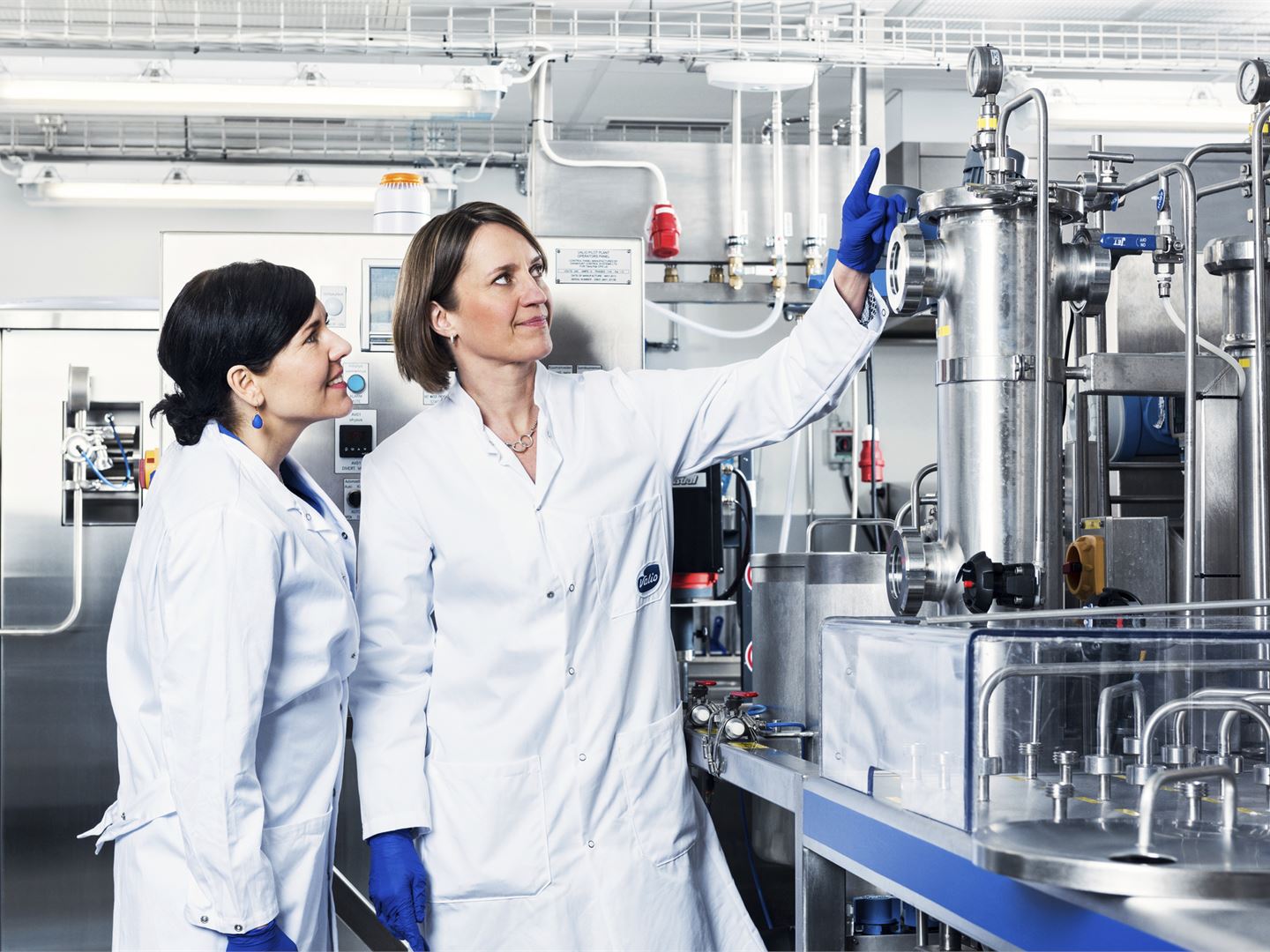 The enthusiasm for vegan foods has prompted many scientists and food companies to develop plant-based food products that imitate animal-based products. Milk has been joined by oat, soy, and almond drinks. And we’ve learned how to use soy protein isolate to make products that are deceptively meat-like.

However, there is one food that is difficult to produce in vegan form: cheese. While there are many kinds of cheese-like vegan products on the market, the challenge is that many of them don’t taste like cheese and they often don’t even have the texture of cheese.

What makes the development of a cheese-like vegan product so difficult is the protein called casein. “Casein is what makes cheese cheese: it is casein’s unique properties that make cheese solidify, melt, and stretch. If cheese doesn’t have casein, it doesn’t have the typical properties, and this is exactly the hurdle to vegan products. Casein is found in mammal milk, but not in any plant-based products. So the vegan versions try to imitate casein’s properties, but so far the substitutes are nowhere close to the original.

Caseins are the biggest protein group in milk and they also give milk its white colour. There is no protein in plants that is anywhere close to casein. Indeed, casein is a very diverse and versatile protein – or, actually, group of proteins.

When casein is still in the milk, it forms microscopic molecular clusters called micelles. A characteristic feature of micelles is that they have both hydrophobic and a hydrophilic head. This structure is not limited only to casein: similar micelle structures are found also in soaps, for example. In cheese production, the main interest is in the micelle head that is hydrophilic, i.e. the kappa-casein. The molecules of the kappa-casein protrude like ‘hairs’ from the surface of the proteins, forming a bond between the water and the protein. When rennet is added to milk, it cuts these ‘hairs’. This releases the water molecules from their bond with the protein, and the caseins start to aggregate. This separates the liquid whey and the coagulating protein mass, the latter of which is compressed to form cheese. The casein in cheese creates a matrix that locks in the milk fat.

As cheese melts, the bonds between the proteins start to break, but, at the same time, they are recreated in other places,” says Väinö Saarentola, Product Developer of Valio Oddlygood® Veggie shreds and slices. When the bonds break, the fat can flow, but the new bonds hold it together, and that is why melting cheese changes mostly in its shape. In fact, casein proteins have been compared to a zipper that you can unzip and then loosely rezip. This same characteristic also makes cheese stretchy, a property that is also used in non-cheese products; e.g., casein is found in almost all condoms.

The melting property of cheese isn’t only important for pizza or grilled sandwiches. Cheese starts melting and releasing its flavour in your mouth – and this is exactly what makes eating cheese a taste experience. Most plant-based, cheese-like products don’t melt – not in the mouth or in the oven – so even if they have a cheese flavour, they don’t produce the same mouthfeel or taste experience as cheese that contains casein.

Most of the vegan cheeses in today’s market use various combinations of starch and fat to try to replicate cheese made from milk. Just as the casein matrix binds animal fat in cheese, the purpose of starch is to bind vegetable fat. However, the difference between vegan cheese and milk-based cheese becomes clear when trying to melt vegan cheese: the starch doesn’t react to temperature changes in the same way that casein does (changing its shape), and in many vegan cheeses the vegetable fat melts, producing oily droplets on the surface of starch.

“However, it’s not impossible to make a melting cheese from starch and vegetable fat,” says Saarentola. He notes that he was assigned the development of vegan cheese because he is responsible for the production of cheese spreads at Valio, and there are many similarities between the vegan cheese process and the production of cheese spreads. In fact, Oddlygood® shreds melted quite nicely, but Oddlygood® slices don’t melt. “Sliceability and melting somewhat compete with each other,” says Saarentola. If you want to make cheese easy to slice, you have to sacrifice the melting properties – and vice versa.

Other kinds of vegan cheeses are being made in the so-called artisan cheese arena. Most of these use almonds or cashews as the raw material. The nuts are ground into a mass, and various acidifiers used in cheese-making are mixed into the mass. When these vegan cheeses age, they develop a bitterness reminiscent of blue cheese. However, the products don’t melt or stretch like cheese containing casein and they often have a spreadable texture.

The imitation of artisan cheese substitutes, however, is not part of Valio’s programme nor that of any other major producer. This is because nuts and almonds are potent allergens. According to Saarentola, the use of various acidifiers in the production of cheese substitutes is an idea that is worth exploring. Acidifiers are not used in the production of Oddlygood® vegan cheese, because the cheese mixture is heated during the process and the heat would kill the microbes added to the mixture.

So what does the future hold for vegan-friendly cheese substitutes? Many in the sector are waiting for an innovation to produce vegan casein. This means that the gene coding for casein would be transferred to some microbe, and then the microbe would start producing casein. Once the casein was purified, it could be added to vegan cheese to provide the cheese-like texture and melting properties.

Several startups are working at full speed to produce vegan casein, but so far to no avail. The problem may be the complexity of casein: it isn’t just a single protein, but caseins form a whole group of proteins. Nevertheless, some startups are likely to produce some kind of casein, and it may open a new chapter in the production of cheese-like vegan products.