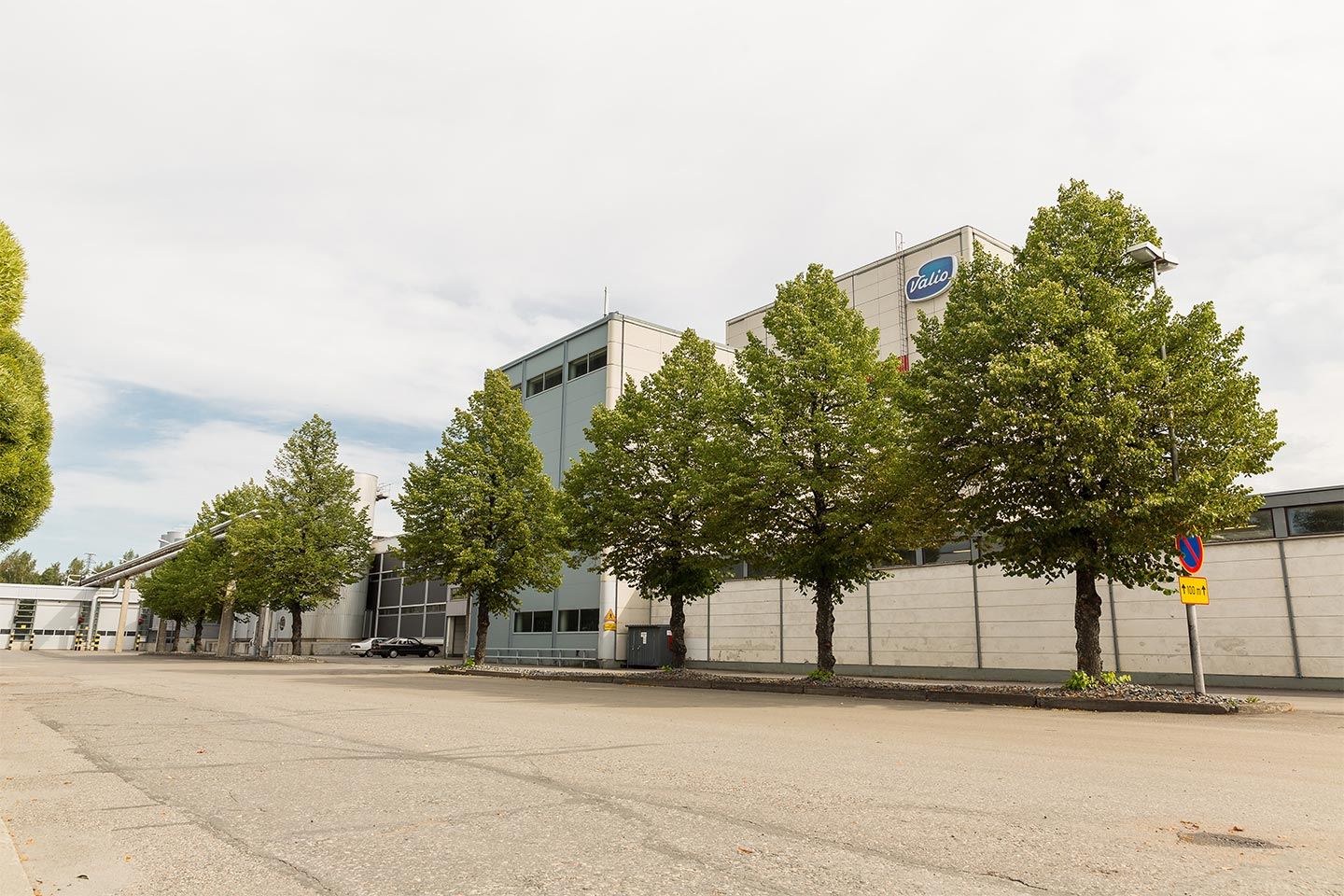 Valio has been manufacturing dairy products in Joensuu for decades. The plant has generated tasty products for consumers and financial well-being for the whole of North Karelia.

Valio Polar® cheese was first produced in Joensuu in 1979. The product family has since undergone continuous development and a number of variants with less fat have been added. Valio Polar® has become the most popular low fat cheese in Finland thanks to its delicious taste.

Cheese in Joensuu is made from milk collected within an average distance of 80 kilometres and supplied to the plant by around 660 Valio dairy farms, mostly in North Karelia.

There are around 190 people working in Valio’s Joensuu plant. In addition, Valio and its milk producers employ more than 2,000 people in and around North Karelia, including the plant’s personnel, milk collection and product distribution staff, and dairy farmers’ use of service providers.

During its history, the Joensuu plant has made almost everything that can be made from milk. In addition to cheese, cream cheese and powders, that means yoghurt, milk, butter and ice cream.

As a marker of the long-standing traditions associated with the plant, Valio has taken in milk at the current site since 1941. Cheese is still made in the same premises as 30 years ago. The premises are in fact the only things that remain the same, as the production lines, equipment and automation systems have been completely replaced over the years.

Joensuu lies at the heart of the province of North Karelia and can best be described as a pleasant town in Eastern Finland. Built at the mouth of the Pielisjoki river, Joensuu has a compact urban area with the market square as its centrepiece, and a number of lively outlying villages. Established in 1848, Joensuu has grown through several municipal mergers and with a current population of 75,000 is the 12th biggest town in Finland.