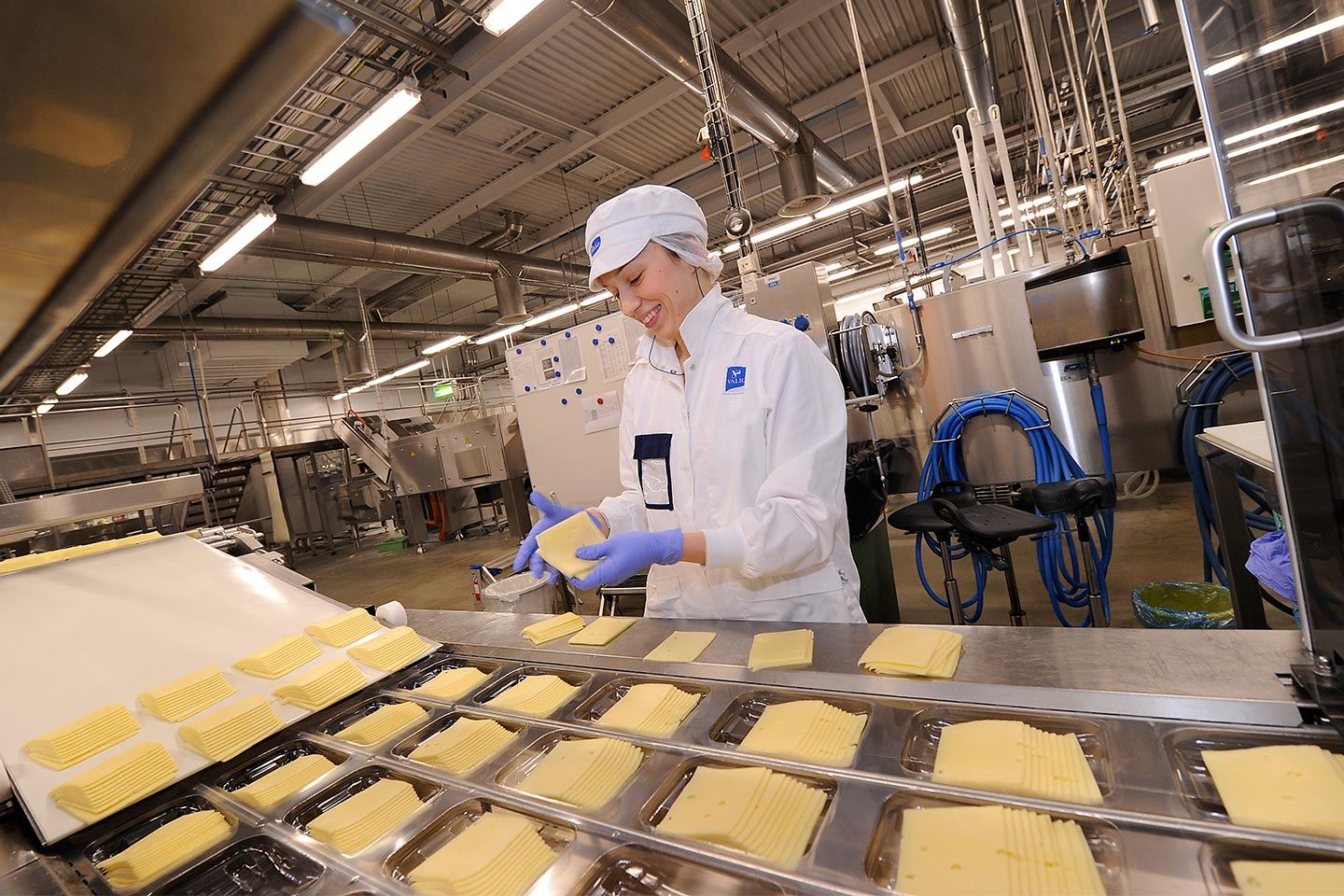 Vantaa is the home of Valio Koskenlaskija® processed cheese

Valio Vantaa makes processed cheeses and also matures and packs other Valio cheeses. There are separate packing lines for cheese blocks, grated cheese and cheese slices. The plant manufactures and packs approximately 20 million kilos of cheese annually, two-thirds of which is processed.

Other processed cheeses familiar to Finns include Valio Aamupala®, Valio Olympia and Valio Kippari®, all manufactured in Vantaa.

In an increasingly competitive cheese market, high-quality products, skilled personnel and production revamping are the keys to the success of the Vantaa plant. Investments valued at around 8 million euros are being implemented including a new cleaning centre and slicing line, alongside an upgrade to the packing unit.

Valio Vantaa employs some 180 people in the Helsinki metropolitan area, comprising the plant’s own personnel and subcontractors’ staff working in the plant area.