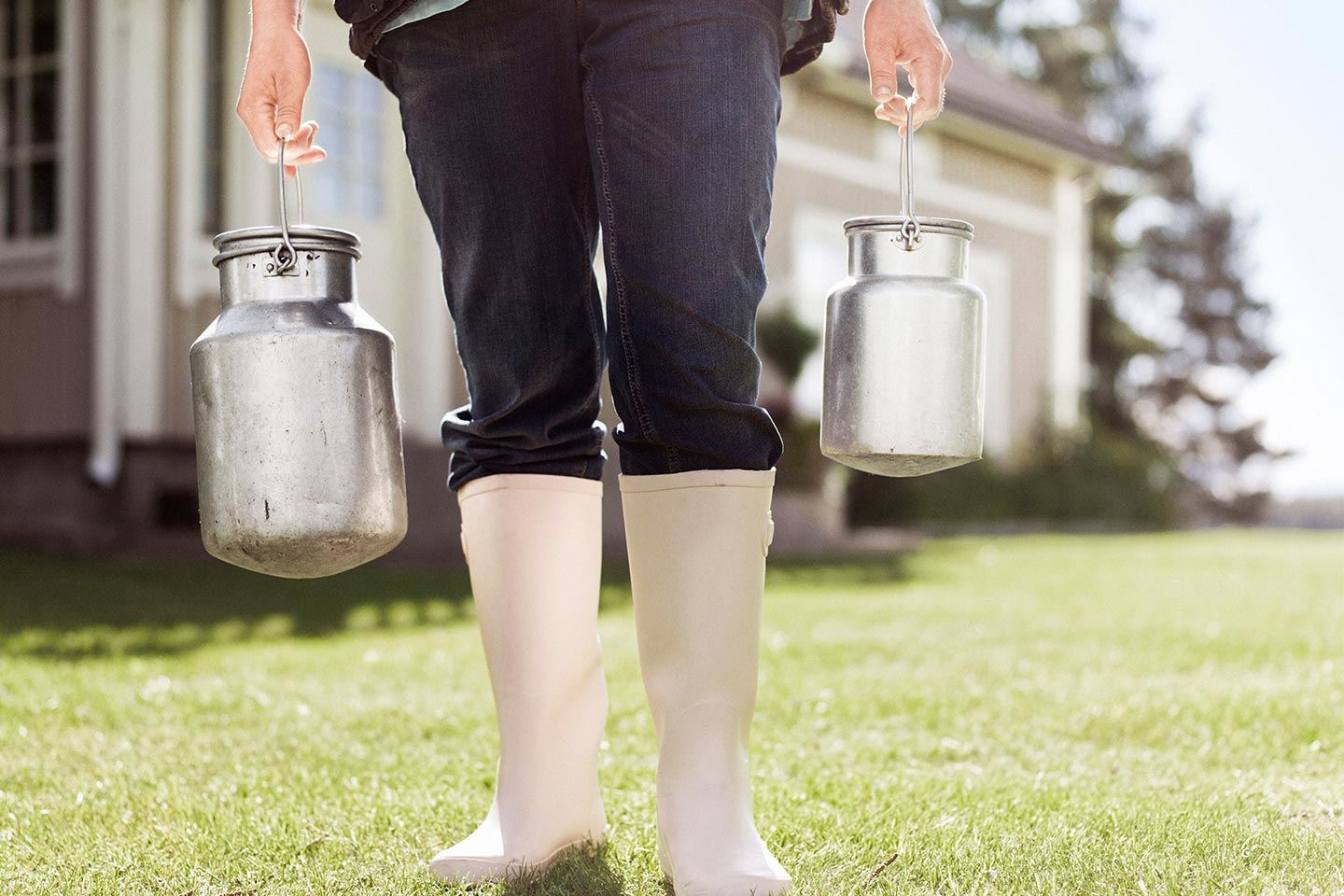 EU regulations control GMO use in food products and animal feed. According to said regulations, Valio does not use ingredients that include or consist of GMO parts* in its food products that are made in Finland.

Valio's primary ingredient, Finnish milk, is produced at dairy farms, who are not allowed to use genetically modified feed plants. Every Valio dairy farm follows our quality handbook, which details good feeding practices for their animals. These practices are what forbid the use of GMO feed for dairy cattle.

Milk does not, according to current information, contain GMO even if the cows are given genetically modified feed. Valio wants, however, to give consumers a milk choice that has been produced without using any gene-modified feed plants.

Feeding for Valio cows is based on Finnish grass feed, either straight from the pasture or as silage. Grass feed is supplemented with cereal grains as well as rapeseed or canola groats, none of which are genetically modified. Cows at Valio farms do not eat any soy.

Elsewhere in Europe, dairy cattle is generally fed maize silage that is supplemented with soy groats, which makes it considerably more difficult to keep the feed chain GMO-free. This is due to the fact that a significant share of soy consists of genetically modified versions.

Valio monitors its dairy farms. More than a hundred farms are audited every year. One of the points of audit is how well feeding instructions are followed. It's possible to trace the feed based on purchase receipts and insurance certificates.

Genetically modified organisms or food products may not be introduced to the market without permission in the EU.

GMO is shown in packaging